This guide is pretty straightforward since each Apple Pencil is only compatible with specific iPads and they’re not interchangeable.

The newer 2nd-gen Apple Pencil that pairs and connects to your iPad via magnets only works with newer iPads that don’t feature a physical ‘Home Button.’ If you have a Home Button and a Lightning port on your iPad, then you’re stuck with the more awkward 1st-gen Apple Pencil.

That said, both pencils function as a pretty great stylus, but the 2nd-gen version offers several improvements that may even tempt some towards buying a more expensive iPad to take advantage of the additional features. 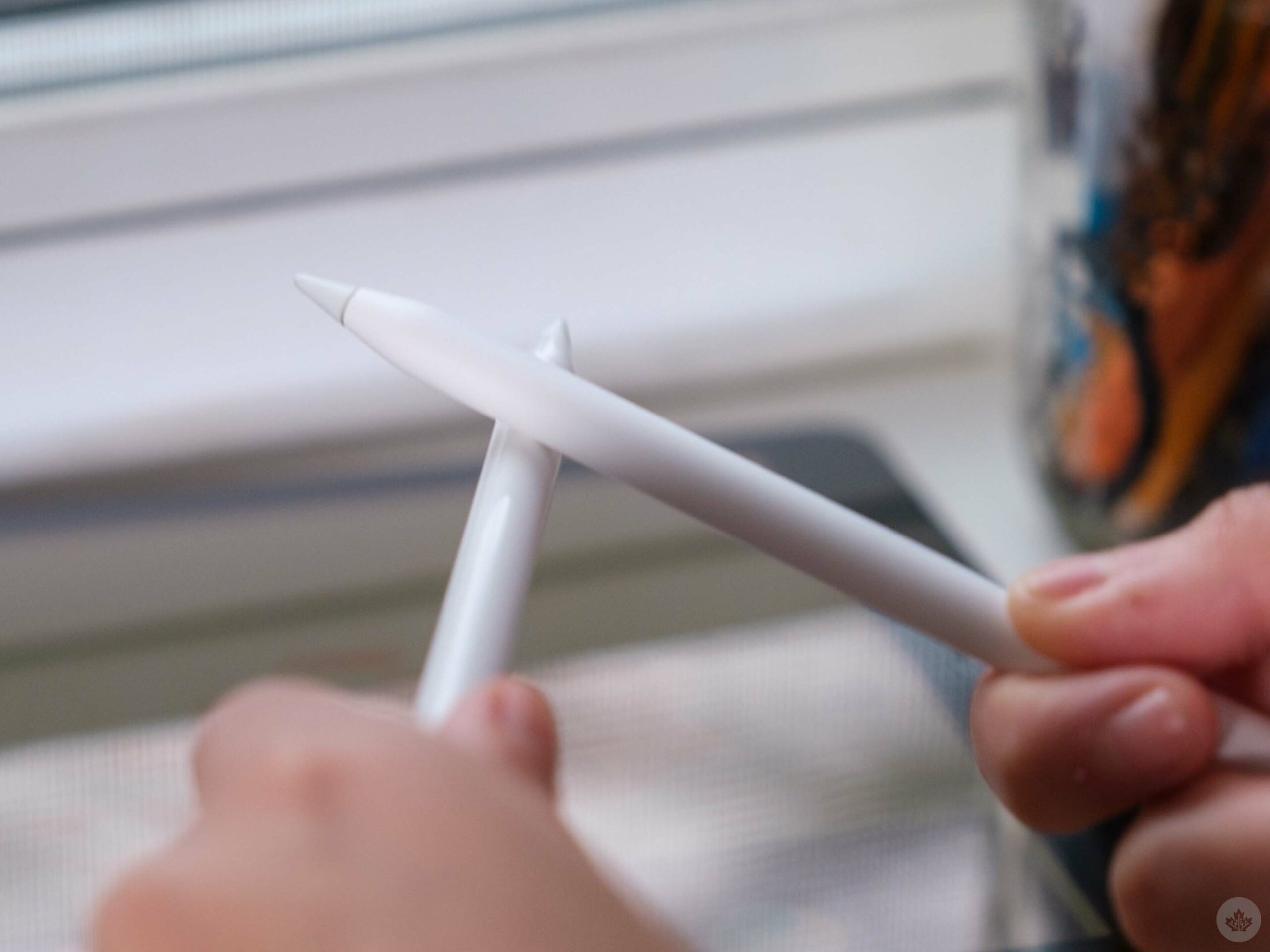 When it comes to navigating iPadOS using an Apple Pencil as a pointer or taking notes, both options hold up well.

They work with minimal lag, feel reassuring in your hand and last a reasonably long time per charge. I will say that the matte texture on the 2nd-gen Apple Pencil feels nicer, but it’s not a game-changer.

What does add considerable value to the 2nd-gen Apple Pencil is that it features an integrated touch button. This button isn’t active in every app since developers need to give it a function, but it can help improve your efficiency, which can sometimes be hard with an iPad.

For example, with apps like Procreate, you can swap tools on the fly and with Photoshop, you can zoom in and out more quickly. Other apps even allow you to customize what the button does. To be clear, the 2nd-gen Apple Pencil doesn’t feature a physical button. Instead, a small section near the bottom of the pencil is tap-sensitive. This works similarly to the back-tap on modern iPhones.

As far as I can tell, drawing is the only professional instance where you’ll really want a 2nd-gen Apple Pencil over the original. Both Pencils feature built-in palm rejection and the same great tip that holds up to years of use and glides over the display with ease. However, due to the nature of the 2nd-gen Apple Pencil being newer and working with modern iPads, it’s rated for lower drawing input latency.

Still, to my eyes, both are great styluses and it’s difficult to notice motion differences between the two Apple Pencils.

Convenience is the real winning factor? 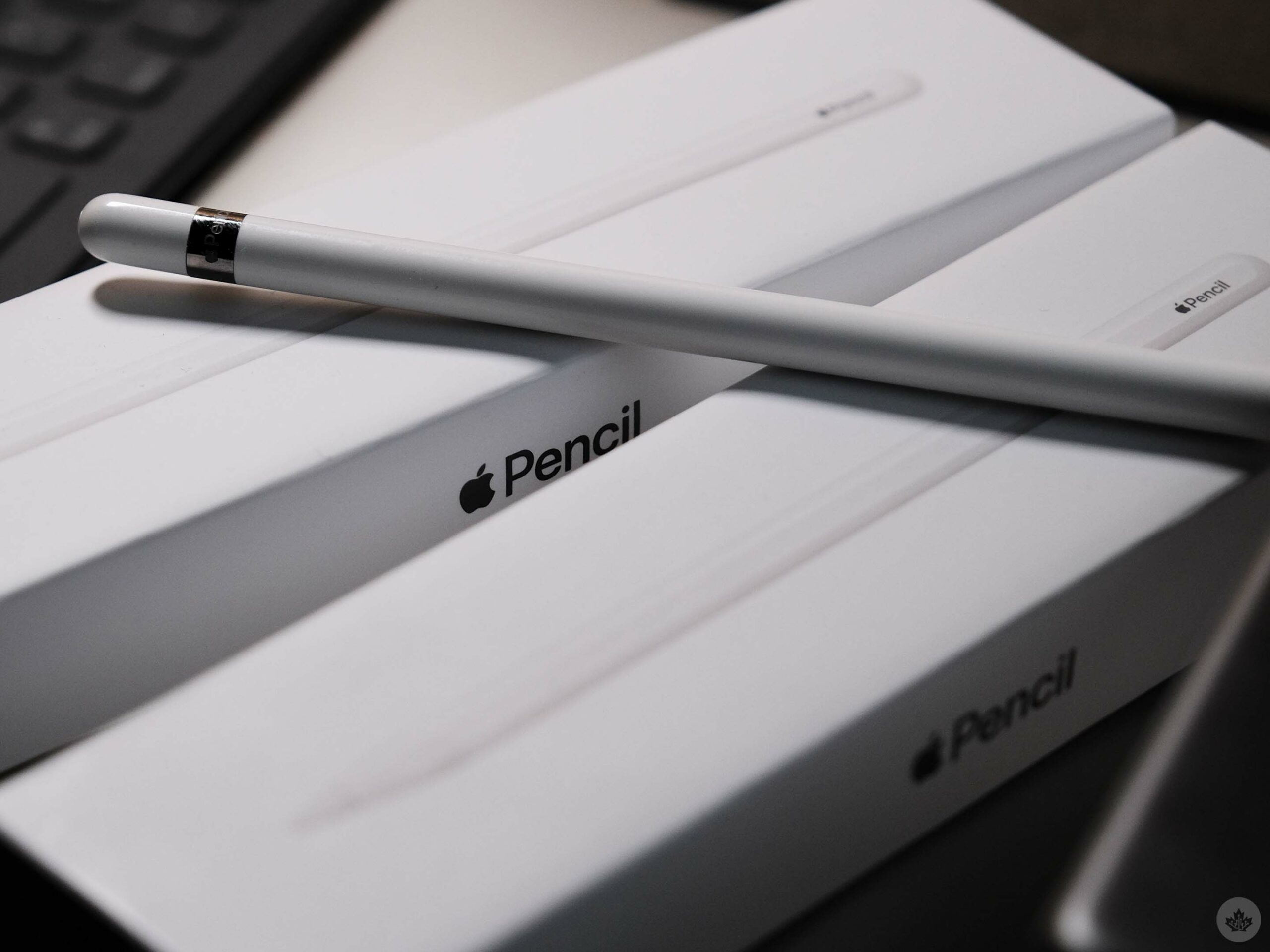 When it comes down to it, the 2nd-gen Apple Pencil includes one major feature that makes me prefer it — magnets.

It may sound simple, but having the Apple Pencil almost always attached to the top of my iPad so I can just peel it off and jot something down, makes it far more convenient. Sure, if you have both Apple Pencils in front of you, they both work very similarly, but good luck finding your first-gen Apple Pencil since there’s no way to attach it to the iPad (unless you have a specific case with a storage slot).

Obviously, I’m overplaying this feature a bit, but over the past few years, I’ve found myself rarely using the 1st-gen Apple Pencil since it was always in another room when I wanted it. By contrast, the 2nd-gen Apple Pencil feels like a natural extension of the iPad since it’s almost always attached to my tablet.

A tale of too many iPads

MobileSyrup utilizes affiliate partnerships. These partnerships do not influence our editorial content, though we may earn a commission on purchases made via these links that helps fund the journalism provided free on our website.

Apple shipped me a 79-pound iPhone repair kit to fix a 1.1-ounce battery