CORK SECURED THEIR place in the semi-finals of the Allianz NHL after they made it four wins out of four by defeating Galway in front of over 13,000 spectators in Pairc Úi Chaoimh tonight.

This game was played in the shadow of the tragic passing of Paul Shefflin, brother of Galway manager Henry, and Galway showed their solidarity with Shefflin as their entire squad andbackroom team stood together before throw-in.

Both sides were subject to much more ferocious examinations last weekend, and this was a much more tepid, open and mistake-riddled affair. This was best exemplified by the seventeen wides that Galway hit across the 70 minutes.

Exempt from that criticism was Galway midfielder Ronan Glennon who hit 0-5 on the night, 0-3 of which came in a first half that was very well balanced even though Galway never managed to pull level after Robbie O’Flynn, Shane Barrett and Patrick Horgan had given the Rebels an early advantage after eight minutes.

Ultimately, the game turned on a piece of Patrick Horgan magic in the 28th minute. Conor Cooney had just reduced the margin to the minimum, 0-8 to 0-7, with his second free of the evening before the imperious Horgan, who hit 1-13 on the evening, pounced. 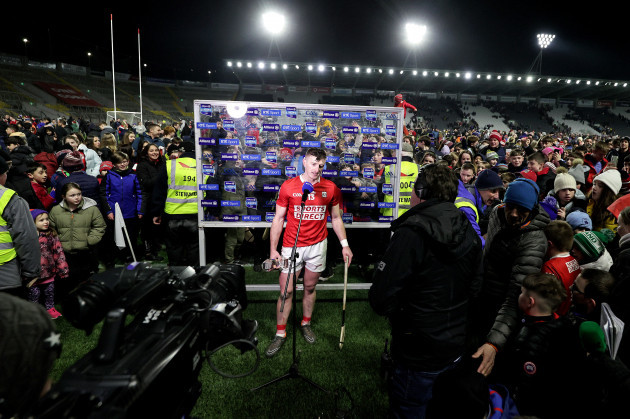 Man of the match Patrick Horgan.

Daithí Burke found himself in possession 30 yards from goal but Horgan flicked the ball from his grasp before racing through to collect and finish with aplomb.

Cooney answered with another free but three-in-a-row from Horgan, Mark Coleman and Barrett saw Cork race six clear as half-time approached. Galway then outscored Cork by 0-3 to 0-2 to trail by 1-13 to 0-11 at the break.

Conor Cooney reduced the margin to four immediately after the break, but Galway were never to get closer than that as Cork always did enough to remain in control of proceedings.

Four points from Horgan along with efforts from Ger Millerick, Harnedy and Coleman further pressed home Cork’s advantage and though Galway replied with two points from the impressive Tom Monahan and another from Joseph Cooney, they trailed by 1-20 to 0-16 with 15 to play.

Éanna Murphy kept them in it when he saved brilliantly from Seán Twomey and though Gavin Lee brought the margin down to four with five to play, the result never really seemed in doubt as Cork outscored the Tribesmen by 0-4 to 0-2 from there on.

Cork travel to Wexford park in a fortnight’s time to see who will top the table while Galway will welcome Clare to Pearse Stadium for one more pre-championship work out. 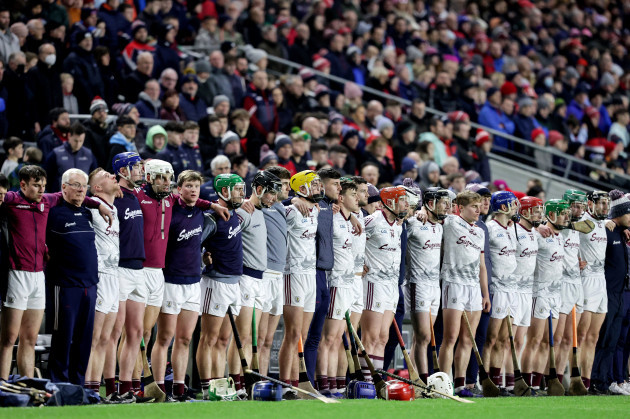 Get closer to the stories that matter with exclusive analysis, insight and debate in The42 Membership.