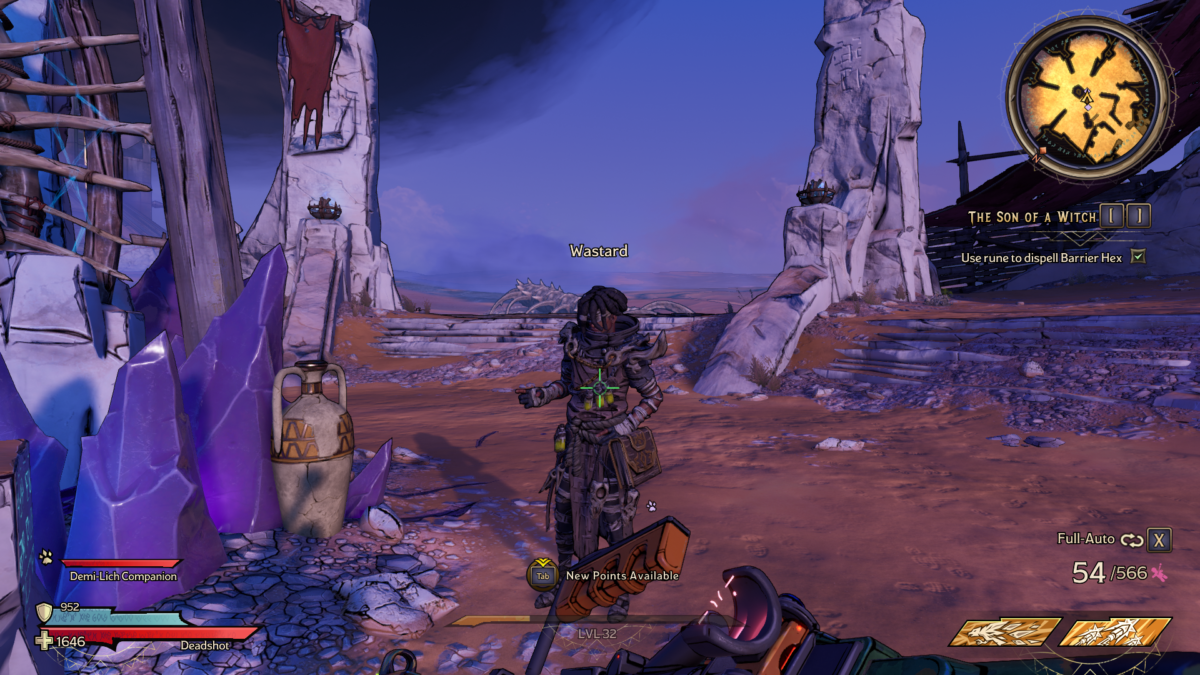 Wastard is an NPC you meet late in your adventure through Tiny Tina’s Wonderlands, initially as a wandering spirit searching for his body. You’ll fight said body at the end of the Karnok’s Wall level, just beyond the Positive Headspace Fast Travel point, and it’s one of the toughest fights in the game.

Beating Wastard, or Son of a Witch in subsequent fights if you decide to farm him, is like taking on another Fatemaker. He’s got range spells, regenerative abilities, and a few up-close attacks.

The fight covers two main phases. The first phase takes up his Ward and Health bars. Wastard’s primary attack is shooting blue skull projectiles at you as he moves around the arena. These skulls hit like 10 semi-trucks at once, and it only takes one to peel off your entire Ward and most of your health bar. Unlike other bosses in Wonderlands, there aren’t too many trash mobs that spawn during the encounter, so keep one or two alive in case you go down.

After you deplete Wastard’s Ward bar and start doing damage to his health, he’ll frequently summon a spirit wyvern above his head that restores his Ward, forcing you to deal even more damage to reach his health bar again. The instant Wastard stops casting spells at you and begins reaching above his head to summon the spirit, start shooting it with everything you have. Wastard will not attack during the summon animation, and you can affect the wyvern’s health bar the instant its name appears. It’s got more health than you’d expect, so burn it with your most powerful weapons and abilities.

Depleting Wastard’s Ward and health bars has him turn into a small skeleton that spends most of its time running at you, trying to claw at your ankles. Backpedal as you deal damage, and the skeleton will periodically dig underground to reposition. Wastard’s skeleton has no more magic in this final phase and will likely spend much of its time running from you. Frost damage is your best friend here, and the skeleton’s grey health bar doesn’t take nearly as much to deplete as the red or blue bars in the previous phases. Defeat Wastard’s persnickety skeleton to receive your loot.