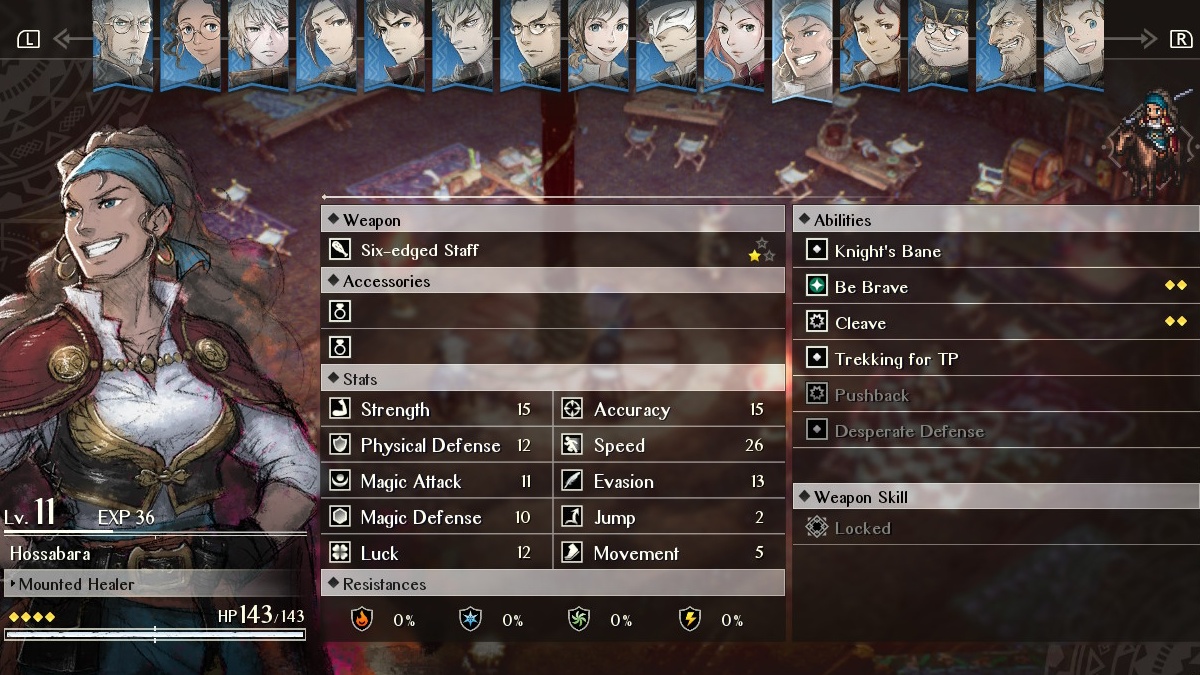 Eagle-eyed Triangle Strategy players may have noticed this character hiding in plain sight throughout the campaign. Hossabara Freyya runs the bar in Seranoa’s encampment, and she’s one of the more useful optional recruits. This no-nonsense beacon of light will join your retinue on horseback, providing agile and effective health wherever you need it.

Recruiting her is quite simple. Hossabara’s role in the encampment is to give the player a place to practice their tactics and grind out a little bit of experience if they’re feeling underleveled. Playing through these mental mock battles will eventually win over her favor and trigger a recruitment cutscene, adding her to your party. Check in on the bar early and often, and you’ll save yourself from a tedious grind session later on when the ability to access side characters is introduced.

Bringing Hossabara to battle is almost always a given. She has a high movement stat, allowing her to cover your many fronts if the battle begins spreading your units thin. She’s also capable of healing all adjacent as soon as she’s added to the roster. What she lacks in range she makes up for in utility, speed, and bulk. By virtue of her method of recruitment, she is also going to lend her skills to your party when you’re well-equipped and affluent from taking on her mock battles.