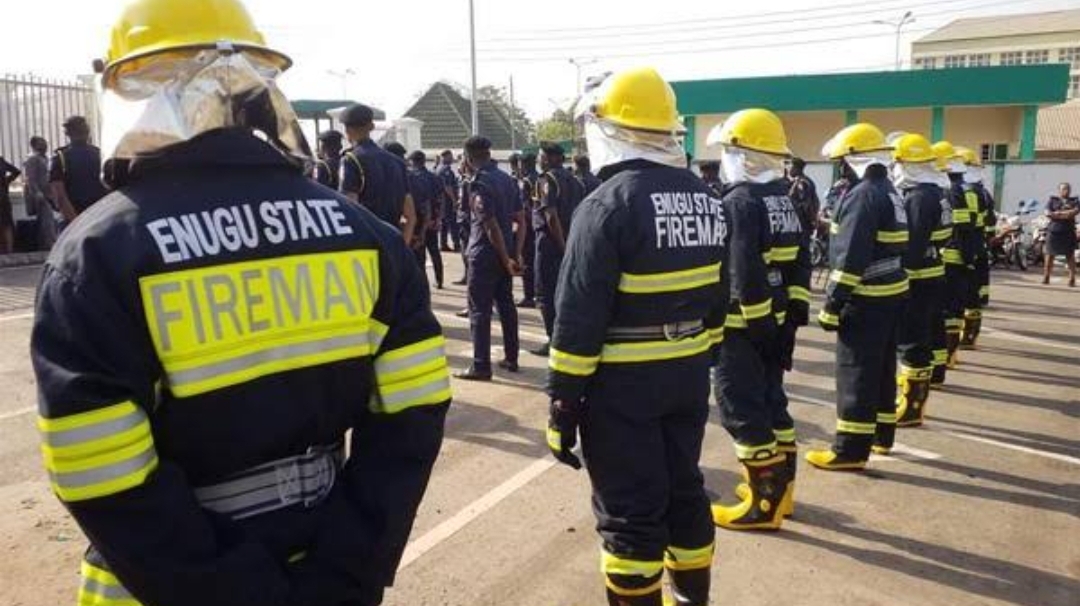 The Enugu State Fire Service has urged lawmakers and political officeholders to see the provision of fire-fighting and rescue stations, vehicles and other equipment as part of good governance.

The chief fire and rescue officer, Okwudiri Ohaa, made the call during a press briefing on International Fire-fighters Day 2022.

The International Fire-fighters Day, celebrated worldwide every May 4, is meant to honour firefighters and outstanding personalities that have contributed to fire prevention and other humanitarian rescues.

Mr Ohaa said lawmakers at the federal and state levels should provide fire stations and other requirements as part of their constituency projects to better protect their people against avoidable losses.

According to him, the contributions of lawmakers and political officeholders in communities or council areas on provision of fire stations will go a long way.

“We are calling on estate developers to incorporate the provision of functional fire stations to social amenities in estates; while the fire service will assist in managing the facilities for the benefit of the people living in such estates and neighbouring communities,” he explained. “The service also appeals to corporate organisations and philanthropists to invest in building fire stations. We also want council authorities to build fire stations and invest in buying some fire engines as this will greatly assist the people and safeguard their belongings and other valuables.”

He added that “we are gradually moving from fire intervention to an era of massive awareness and consciousness on fire” and other safety incidents.

Mr Ohaa urged Nigerians to be prepared for a fire outbreak, have the necessary equipment and know how to tackle fire.

He noted that the governor had uplifted the fire service in terms of human capital and provision of modern fire-fighting equipment and vehicles.

“The governor has employed high-level manpower and engineers for the service. These include 31 graduates, including five engineers, one of which is the present chief fire officer,” said the statement. “He established five new ultra-modern fire stations across the three senatorial zones of the state after 56 years of utter neglect and release of funds for training and re-training of the fire-fighters, and sponsored the state chief fire officer to the Fire Service College Motern in Mash, London, United Kingdom, for further training and studies on fire-fighting and rescue operations.”

“Governor Ugwuanyi is the first governor in Nigeria to install various types and sizes of fire extinguishers in all the major markets and other fire-prone locations,” it disclosed. “For the first time in the history of Enugu State Fire Service, Governor Ugwuanyi provided Personal Protective Equipment for the safety of all the firefighters in the state, among others.”