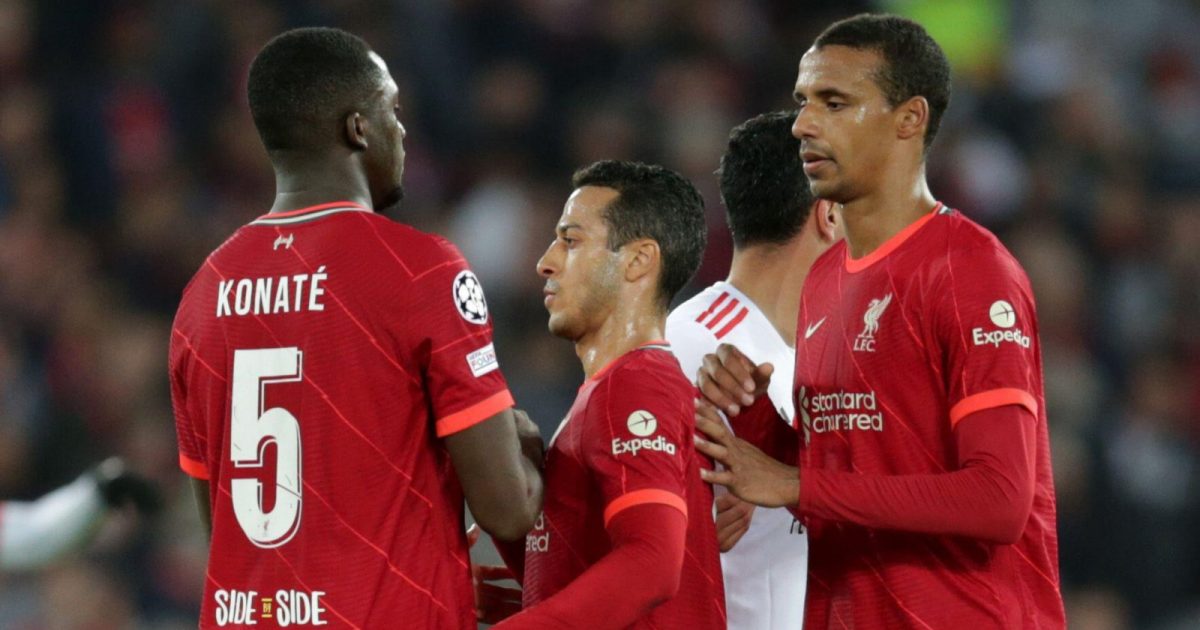 Villarreal were always going to beat Bayern Munich and the Spaniards should be buoyed to face the ‘failed’ high defensive line of Liverpool.

For those in any doubt as to how appalled the English media was by Atletico Madrid’s antics on Wednesday evening, allow the MailOnline to clarify with the leading headline on their website:

Three words in all caps is surely unprecedented. Mind you, when your headline is practically the length of a story in itself, the overall proportion is probably low.

David Maddock, in the second paragraph of his Daily Mirror column scoffing at ‘the social media fume’ of ‘Liverpool’s rival fans lathering themselves up into a total meltdown’ at Villarreal awaiting in a supposedly straightforward Champions League semi-final:

‘A team from Spain who won the Europa League only last May, and knocked mighty Juventus out of this season’s Champions League by beating them 3-0 in their own backyard, defeated a Bayern Munich team in transition to reach the semi final. As many who watch these things predicted.’

David Maddock, in the eighth paragraph of the same column:

‘No one expected them to go to Turin and beat Juve after drawing in the first leg, but they sauntered to victory with three, unanswered, late goals. The same in Munich when they took a single goal lead there in the quarter finals, and conceded just after half time. It was just a matter of ‘when’ Bayern scored the second…until Samuel Chukwueze scored a late goal to put the Spaniards through.’

So ‘many who watch these things predicted’ that Villarreal would beat ‘mighty Juventus’ and ‘a Bayern Munich team in transition’, but ‘no-one expected them’ to beat Juventus and ‘it was just a matter of ‘when” Bayern would win.

Maddock even suggests that Klopp knew Bayern were ‘rebuilding’ and ‘so this season was never going to be their year in Europe’.

It seems strange that we are told this now instead of, say, December, when the Bundesliga side completed a perfect group stage by scoring 22 goals and conceding three, or after they hammered Salzburg 7-1 in the second leg of their last-16 tie. But still. At least Klopp – and Mystic Maddock – was always aware Bayern wouldn’t make it to the semis.

And happily the Liverpool manager has an opportunity to avenge their Europa League semi-final first-leg defeat at Villarreal in 2016. That remains ‘a bruising memory which’ Klopp ‘still mentions to this day’. Even though they won the second leg at Anfield 3-0 and the German does not seem to have publicly mentioned that ‘bruising memory’ since.

‘Villarreal isn’t the Stadio Olimpico, their tiny little Estadio de la Cerámica has a European capacity of just 21,000…which is not much more than the city centre destination of Liverpool’s infamous Concert Square hosts on a riotous summer evening. It’s probably more than the average Manchester City Euro attendance, but that’s another story.’

‘At the end it was Liverpool who were through to another Champions League semi-final but the Benfica players who gathered in front of their supporters taking the acclaim. Portuguese football is not what it was and as such a draw at Anfield represents a career highlight.’

Seems a bit patronising. Sure it wasn’t just fans who had travelled more than 1,000 miles appreciating the efforts of a team that had just played pretty well and could easily have won, and those players reciprocating that respect? Really don’t think that draw will be ‘a career highlight’ for Darwin Nunez, nor those that won the actual Primeira Liga in 2019.

Apparently ‘the sight of opposition players running freely like escaping rabbits through Liverpool’s high defensive line is becoming remarkably familiar’ and ‘Klopp said in his post-match TV interview that the issue was “absolutely not important” but it is hard to agree.’

They have comfortably caught more players offside than any other team in the Premier League this season – it is not even close – so you can see Klopp’s point. It is a risk-reward approach.

‘Benfica actually put the ball in the Liverpool five times here. Twice they were denied by close offside calls. So three goals counted.’

And two did not. Because they were ruled out for offside. Because of Liverpool’s high defensive line. So it does work. Obviously not all of the time, as the concession of three goals does indeed suggest – although it absolutely has to be noted that only one of Liverpool’s regular starting defence featured behind an unfamiliar midfield on Wednesday. But it worked enough not to have to pretend that a tactic that has bore legitimately positive results all season for a team still in the running to win four trophies by mid-April has started to ‘routinely fail them’.

‘Afterwards, Klopp put his team’s problems down to an unfamiliar back four. But that would only really wash if this was a one-off. And it wasn’t.’

Might have been ‘a one-off’, though. The last time Liverpool conceded three was against Leicester in the Carabao Cup in December, when Conor Bradley and Billy Koumetio were in defence. You have to go back to West Ham away in November for the last time Liverpool let in three goals with their first-choice backline. They have the second-best defensive record in the Premier League. Check the tag again because it seems like Klopp’s explanation really does ‘wash’.

Amazed this back four which has never played together before is struggling with their line.

THREE is the magic number

That ‘just THREE’ is a little weird. Liverpool were founded almost 130 years ago and have won 19 top-flight league titles, six Champions League and numerous other trophies. For current players to make up more than a quarter of their all-time team is an incredibly high amount.

Salah says he will be with Liverpool next season

‘Out of this world’: Liverpool boss Klopp revels in FA Cup success