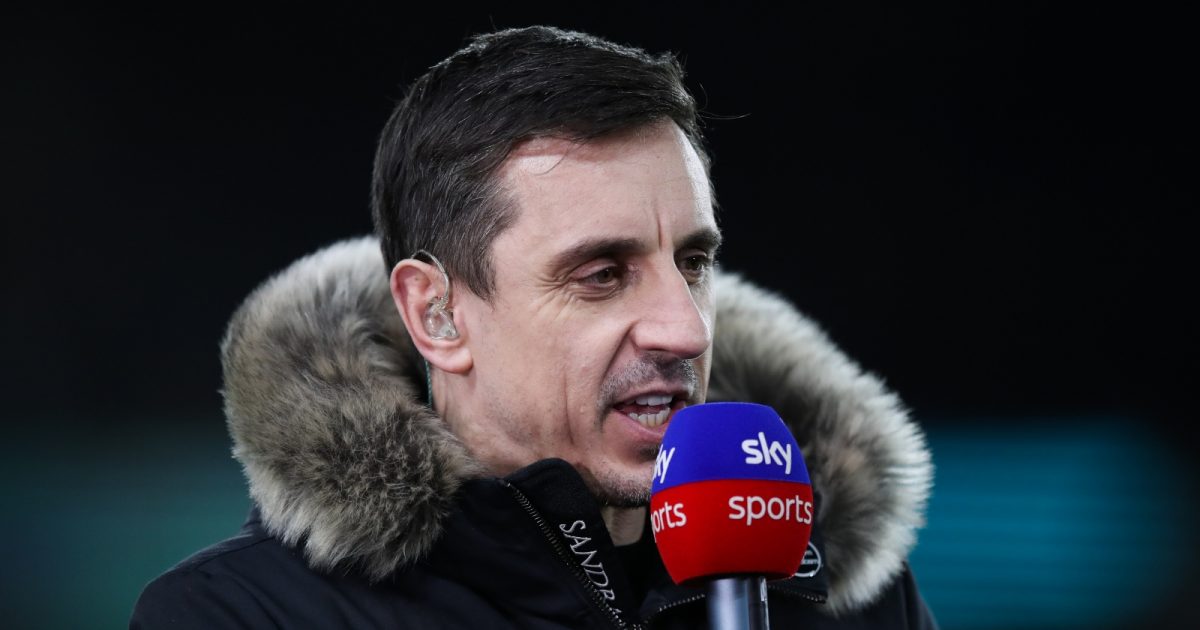 England would have wanted to avoid Scotland and Wales in the World Cup Group Stage draw, according to Gary Neville.

The home nation duo are yet to qualify for the tournament and could go head-to-head in the play-off. Scotland must first get past Ukraine in a rearranged fixture where the winner will face Wales to secure qualification.

World Cup draw throws England into a group of complications

A group consisting of England, USA and Iran awaits the winners, in the first ever winter World Cup in Qatar.

It wouldn’t be the first time that England have faced Scotland and Wales in a major competition after struggling to a late win over the Welsh at Euro 2016 before a dull 0-0 draw at last years European Championships.

Former England right-back Neville believes that England will be disappointed to possibly face the home nations in the tournament.

Speaking on Sky Sports, Neville said: “Yeah, we’ve seen it in recent tournaments, [with] Wales as well. Scotland was a very difficult game in the last Euros, and Wales we just nipped past them a few years ago – but then Wales ended up going a lot further.

“Those games will be really challenging for England; always have been. We know how much it means to the Welsh, the Scottish, the Irish to play against England. And that’s not being sort of arrogant – we just know a huge fixture.

Group B is complete. ✅

“It is for England as well, but it doesn’t seem to carry that same level of dislike at times that comes with the Welsh and Scottish fever towards England.

“I’m looking forward to the group. They’ve all got a meaning to them, but they’re all difficult games from an emotional perspective more than a football perspective and that does carry something of a problem for England.

“Certainly England would have wanted to avoid playing a home nation. It just brings that complication that you don’t need. It’s always been the same – we had it in Euro 96 where Scotland should have beaten us, and then obviously Gazza [Paul Gascoigne] scores this incredible goal.

“But they’ve always been difficult opponents; the emotion of it, the passion that the Scottish fans bring and the Welsh fans. Obviously we have great fans with England as well, but I think those two travel really particularly well.

“But brilliant games for us to watch. That’s the main thing, we’ve got great games to watch and it could be Ukraine as well, we shouldn’t dismiss the fact that they’re still in the hunt.”

Student Claims Christian College Disciplined Her After She Reported Her Assault