Sherlock Holmes film franchise is expanding into TV as HBO Max is currently in early development on two shows with Robert Downey Jr., who played the famous detective, set to produce. 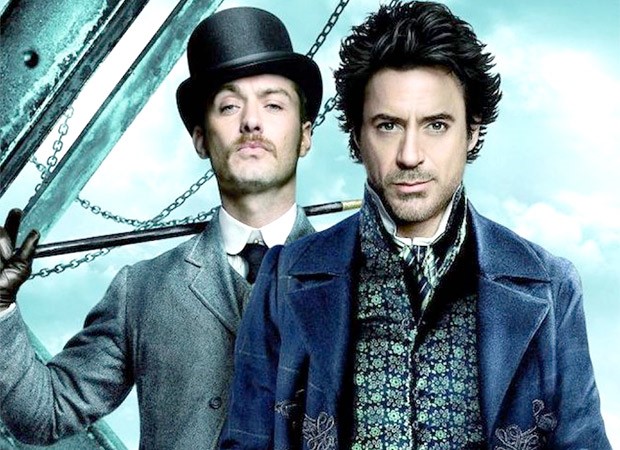 According to Deadline, HBO Max and Warner Bros. are looking to build a Sherlock Holmes film-TV universe in the mold of the TV series. Two potential spinoff series from the Warner Bros. movie franchise starring Robert Downey Jr. and Jude Law are in early development at HBO Max and would revolve around characters that would be introduced in Sherlock Holmes 3 film.

Robert Downey Jr. and his wife, Susan Downey, will executive produce the project with Amanda Burrell of Team Downey also attached as a producer alongside Wigram Productions’ Lionel Wigram. This isn’t the first time that the spin-off series for the Sherlock Holmes films have been discussed, but does mark the first time that major steps are being taken to develop them.

The report notes that the plan has been for the characters to be part of the long-in-the-works third installment of the feature franchise. Originally slated for December 2020 release that was then pushed to December 2021, the third film has been delayed indefinitely due to the ongoing Covid-19 pandemic but both Downey Jr. and director Dexter Fletcher have publicly expressed their commitment to making it.

Sherlock Holmes proved to be a massive hit for Warner Bros. Sherlock Holmes (2009) and its 2011 sequel, Sherlock Holmes: A Game of Shadows, starred Downey Jr. as the titular detective. He was joined by Jude Law as John Watson, Rachel McAdams as Irene Adler, Jared Harris as Professor Moriarty, Stephen Fry as Mycroft Holmes, Kelly Reilly as Mary Morstan, Eddie Marsan as Inspector Lestrange, and Geraldine James as Mrs. Hudson. While the potential spinoff series will play off of the two films, HBO Max has not yet announced any new or returning cast members.