Social media has come a long way in the past two decades, transforming the way we communicate and consume information. In this post, we will take a look at the history of social media, the current state of the industry, and what the future may hold.

The Birth and Boom of Social Media

The first recognizable form of social media can be traced back to 1997, with the launch of Six Degrees, a social networking site that allowed users to upload a profile and make connections with friends. However, it was the launch of MySpace in 2003 that really kickstarted the social media revolution. MySpace quickly gained popularity, becoming the most visited website in the United States in 2006.

The rise of smartphones in the late 2000s led to the development of mobile-based social media apps, such as Facebook and Twitter. These platforms allowed users to connect and share information in real-time, leading to the explosion of “fake news” and the spread of misinformation.

Today, social media is an integral part of our lives, with billions of people around the world using platforms like Facebook, Instagram, and TikTok on a daily basis. In addition to personal communication, social media has also become a powerful tool for businesses, allowing them to reach a wider audience and engage with customers.

However, the proliferation of social media has also raised concerns about privacy and the spread of misinformation. In recent years, there have been several high-profile scandals involving data breaches and the misuse of user data by social media companies.

So what does the future hold for social media? It’s difficult to predict with certainty, but it’s likely that we will see the continued rise of visual content, such as videos and photos, as well as the integration of artificial intelligence and virtual reality. It’s also possible that we will see the emergence of new, more specialized social media platforms catering to specific interests or demographics.

Social media has come a long way since its humble beginnings in the late 1990s. While it has brought many benefits, it has also raised important questions about privacy and the spread of misinformation. As the industry continues to evolve, it will be important to consider the implications of our use of social media and to take steps to protect ourselves and our data.

Differences between TikTok and other social media platforms

TikTok is a social media platform that allows users to create and share short videos, typically set to music. It has gained a lot of popularity in recent years, especially among younger users.

TikTok is also known for its use of music and sound effects, with many users lip-syncing or dancing to popular songs in their videos. This feature has helped the platform become a popular destination for music discovery and has led to the viral spread of certain songs and trends.

In terms of features, TikTok offers a range of creative tools for users to edit and enhance their videos, such as filters, special effects, and text overlays. It also has a “For You” feed, which curates recommended content for users based on their interests and interactions on the platform.

Overall, TikTok’s focus on short-form video content and its creative tools and features set it apart from other social media platforms. 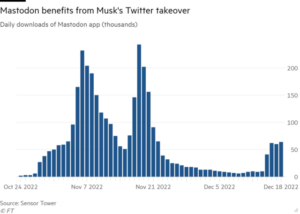 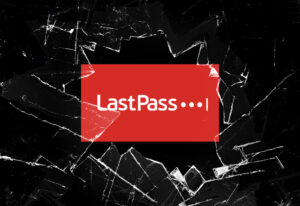