A woman who claimed she was raising funds for the family of Tyre Sampson, a teen who fell to his death on a theme park ride in Orlando, has been busted for posing as a distraught relative and stealing donations intended for the teen’s family. 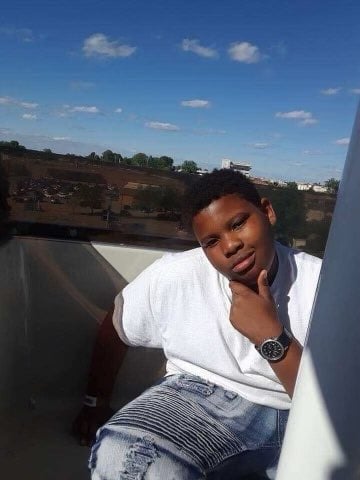 Mandy Duppins of Orlando was shocked when she received a phone call from her son Montre on Thursday night. He called his mom to inform her that he had witnessed a horrible accident. He was with a friend at a local theme park and saw Tyre fall from a ride to his death.

Montre was shaken, but his mom quickly jumped into action by suggesting that Tyre be assisted medically. Unfortunately, the medical efforts were of no use and Sampson passed away.

Duppins then jumped into action to help the Sampson family and returned to the scene of the accident to find a very distraught young lady who revealed herself to be Shay Johnson, the cousin of the deceased.

Shay Johnson spoke to local media outlets and even organized a petition to have the deadly ride taken down. Duppins had no real reason to suspect Shay Johnson – who has been identified by online sleuths as Lewishena Browning – of lying. Johnson expressed that her focus was to support the Sampson family in St. Louis where Tyre was visiting on vacation.

Duppins organized a candlelight vigil and had all the attendees wear the colors red and black – which Johnson suggested were Tyre’s favorite colors.  This was later found out to be a totally unfounded fabrication.

Johnson was not alone in her scamming evil efforts. She was assisted by her boyfriend, who was only identified as Antonio. Duppins witnessed Antonio receiving funds through Cashapp from community members who wanted to help the grieving Sampson family.

Building Generations of Hope,  a non-profit organization dedicated to improving families, generational wealth, and youth with knowledge and resources, also helped to organize the candlelight vigil. Organizers Michel’le Sanders and Destiny Allen were contacted on Tuesday by people claiming to know Shay Johnson personally and who said she is an imposter.  They then reached out to Sampson’s mother and she confirmed that she had never heard of Shay Johnson.

The alarmed family quickly notified police who informed them that there is not very much that they can do. Duppins then took the information to Facebook and told her side of the wild experience via a Facebook live video where she blasted Johnson for being a lowlife. She also credits Sanders and Allen with helping her spread the word about the imposter. Since being exposed, Shay Johnson and her boyfriend have disappeared.

On social media, people are outraged and have condemned “Johnson” with one Tik Tok user stating, “This Shit Got Me So Mad, Ppl Do Anything For Attention‼️ #ginsinho #justicefortyre #thisissad #riptyresampson #viral I Hope His REAL Family Gets The Justice They Deserve”

To donate to the real family of Tyre Sampson, checkout the family’s official GoFundme. Rip Tyre