“We don’t need the support, but we need the weapons to protect ourselves,” Lviv Oblast governor Maksym Kozytskyy told The Times of Israel.

The comments from Kozytskyy, who also heads the province’s military administration during wartime, came as the national leadership in Kyiv has increasingly pressed a reluctant Israel to offer defensive equipment, along with other Western nations. Israeli Prime Minister Naftali Bennett, who sees maintaining ties with Moscow as a strategic interest, has refused repeated requests.

A US official said Thursday that Russia had fired 480 missiles at Ukraine in the war’s first week.

The official added that Ukrainian air defenses are still intact and have been effective against the missiles.

Experts from the Atlantic Council’s Scowcroft Center said that “Russian aircraft and helicopter losses have been surprisingly high and unsustainable.”

But Kozytskyy said air defenses were Ukraine’s main military shortcoming. “There are not enough aircraft, or missiles, that can defeat [the Russians],” he said. 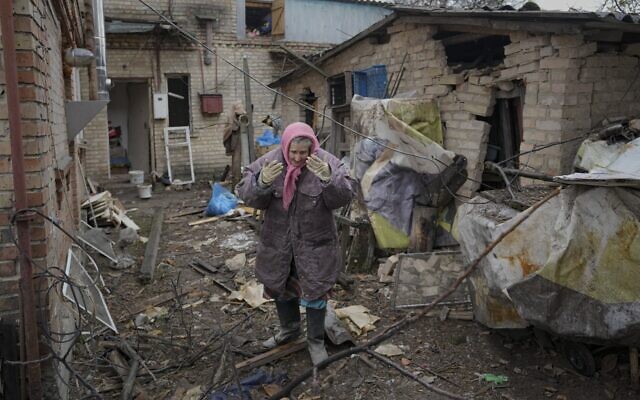 A woman stands in the backyard of a house damaged by a Russian airstrike, according to locals, in Gorenka, outside the capital Kyiv, Ukraine, Wednesday, March 2, 2022 (AP Photo/Vadim Ghirda)

Though he was careful to express his gratitude to Western nations for their military aid, Kozytskyy pointed at a need for “more weapons against tanks, aircraft, and also precision weapons.”

Ukrainian forces could also use more helmets, protective vests, and radios, he said. And any aid must come quickly.

“The aid should always be on time,” he said. “Time is crucial here.”

He spoke as Germany announced it would send 2,700 anti-aircraft missiles to Ukraine, and Norway sent a plane with 2,000 anti-tank missiles. Ukraine has also received shipments of US-made Javelin anti-tank missiles from other NATO countries.

Kozytskyy expressed confidence in Ukraine’s fighting forces against the numerically and technologically superior Russians. But he noted that the military was built in only the last eight years, following the ousting of pro-Russian president Viktor Yanukovych in the 2014 Maidan Revolution.

“Our military was robbed during the term of Yanukovych,” he said. “Since 2015, the new army was built that can defeat the Russian army.” 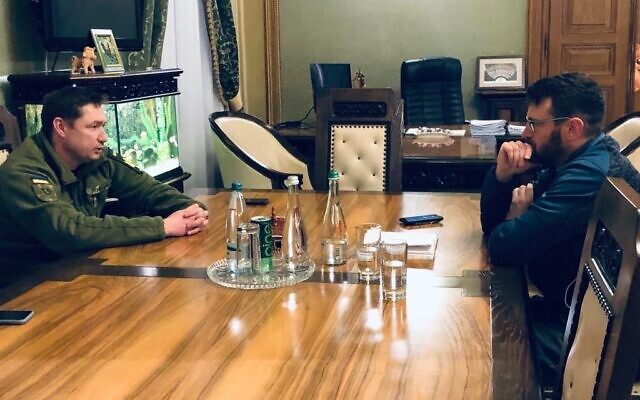 Thirty thousand Ukrainians recently signed up to defend Lviv, but the main task is to grow the unit further, he said.

Kozytskyy, who called Russian President Vladimir Putin a “neo-Nazi,” finds it appropriate that the Russians struck the Babyn Yar area, where almost 34,000 Jews were murdered by the Nazis in September 1941.

“The bombing of this symbol was the way the neo-Nazi dictator is showing his true identity,” he said.

Kozytskyy first met Ukraine’s President Volodymyr Zelensky two years ago, when the president appointed him to lead the province. He praises the president’s leadership during the war and predicts that teens will soon start wearing t-shirts with images of Zelensky instead of Che Guevera. 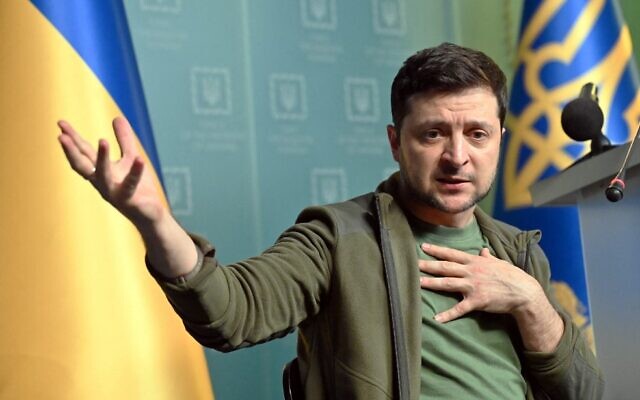 “He wasn’t afraid to fight Russia,” Kozytskyy said. “It was the first bright moment in this.”

“The whole civilized world was afraid to fight back and he did it,” he said.

“To love your own land, to celebrate your holidays, to sing songs in your own language, to wear T-shirts with local teams, this is the way we express love to our land,” Kozytskyy said.

Kozytskyy’s wife and daughter evacuated to live with family members, but his 17-year-old son insisted on staying put. He currently volunteers with refugees at Lviv’s train station. 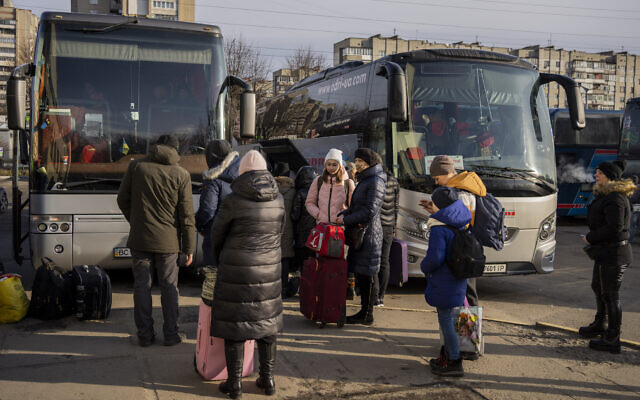 More than 250,000 refugees have crossed the Ukraine – Poland border, said Kozytskyy, and Lviv absorbed some 45,000 internally displaced persons. The provincial government has prepared rooms for 30,000 more.

Though aid from the European Union comes in every day, the gifts given by locals moved him even more. Lviv residents donated more than 100 tons of aid just last week, he said.

Despite Russia’s dogged advance on Ukraine’s cities, the governor is confident that his country will prevail.

“Evil will always be punished,” he said. “We are the bright side. The sun will always rise, victory will be with us. I only would like that it would come sooner, to stop all these crimes that Russians are doing to Ukraine’s civilians.”